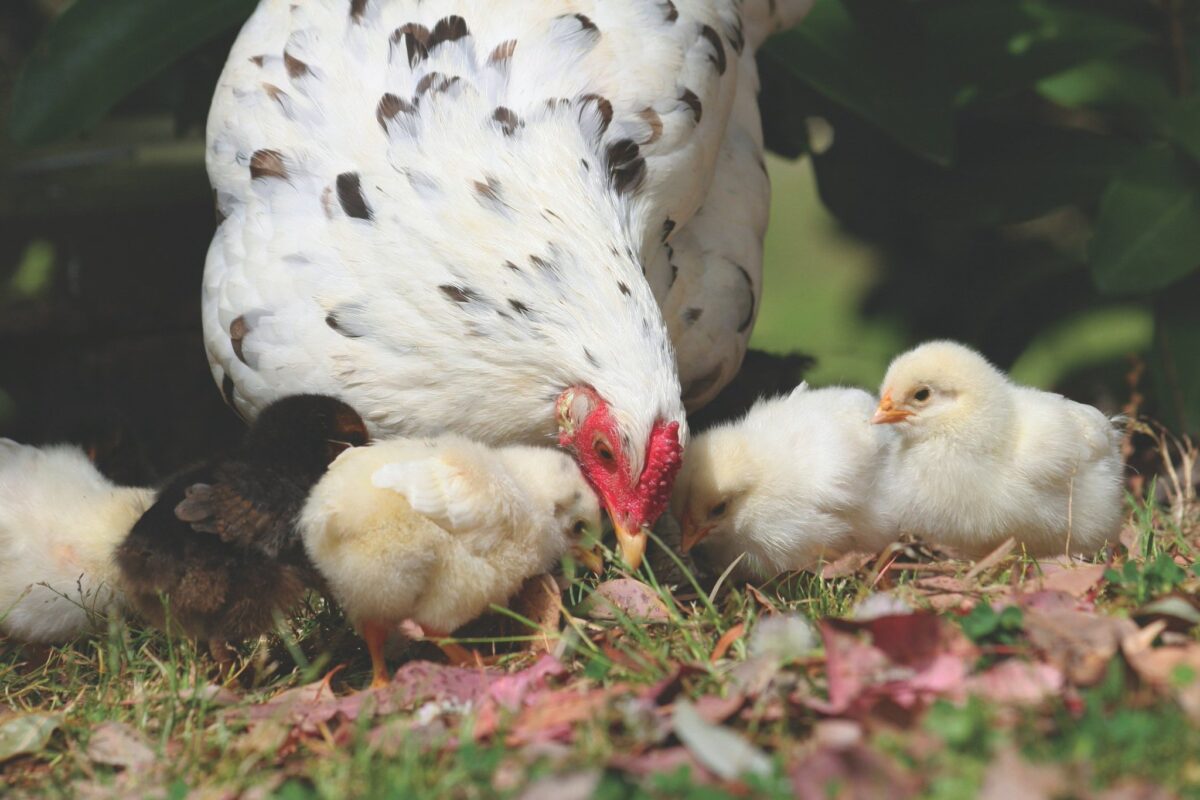 The Truth About Chicken

Many people think that eating “free-range” “grass-fed” chicken is helping to provide the animals’ brief time on the planet a whole life filled with warm sunshine and acres of rolling green hills. When, in fact, according to an analysis done by the Sentience Institute, all but a small .1% are raised living in dirty, massively overcrowded, and confined conditions. The largest percentage, again 99.9%, have no life at all other than to be mass-bred, pumped with antibiotics and, in many cases, growth hormones.

If you are at all squeamish and faint of heart, I recommend you stop reading this article. However, it is time for many of the public to remove the blindfold and realize just what suffering has to be endured to deliver that piece of meat to your plate.

Of the 9 billion chickens raised and killed for meat in the US, the average lifespan is about 6 weeks old. To put this in perspective, in the wild, a chicken’s lifespan is around 8 years. Broiler Chicken (chicken used for meat) are genetically manipulated to grow faster. They live in crowded, often windowless sheds.

The overcrowding is so extreme that it is virtually impossible to keep up with the amount of waste produced. The chickens oftentimes suffer from lung damage, blindness, nose and throat disease, and death. If a chicken is “lucky” enough to endure the factory farm and reach the acceptable weight, they are deprived of food for several hours and then transferred to the slaughterhouse via transport truck. Once they arrive, they remain in the overcrowded crates for up to several hours before being sent to slaughter.

In an expose delivered by Michael Grabell in The New Yorker he outlines how America’s largest chicken producer, Case Farms, with 3 locations in North Carolina, and 2 in Ohio, produces over 1 billion pounds of chickens annually, and have been documented to consistently abuse and torture defenseless animals. Chickens experience fear and pain, much the same way we do. Repeated studies demonstrate that, in many ways, chickens are as smart as dogs, chimpanzees, pigs, elephants, and dolphins.

Case Farms begins its poultry slaughter process during the night after the chickens are asleep. Hired workers grab them by the legs and stuff them into a cage. From there the chickens travel via a chute into a room illuminated with only black lights, to keep the chickens calm before they are hung, upside down, by their feet.

There is an apparatus that then calms the frightened chickens by giving them a “breast rub” before entering the kill room to have their throats slit open by a mechanized razor blade. And, if by chance the blade misses their throats, there is another worker, further down the line that uses a knife to try and make sure the chicken is dead. During the next step, the birds are covered with boiling-hot water to remove the feathers off their headless bodies. And to make it even worse, many times the blade and the back-up worker miss cutting their throats completely and they are sent to be scalded while they are still alive.

In 2018, the Trump administration agreed to allow over 200 poultry-processing plants to increase the speed of slaughter by 25%, which equates up to 175 chickens per minute or 3 lives per second, for every plant. This increase in production also increases the likelihood that many chickens will be scalded alive. Additionally, this type of increase also negatively impacts poultry processing workers by leading to a spike in the injury rate, which, according to data from the Labor Department already have a 60% higher injury rate and are five times more likely to develop illnesses when compared to any other private and workplace injury.

The danger to humankind could be another horrific tragedy just waiting to happen. In fact, there are numerous viruses, bacteria, and parasites that have been passed from animals to humans. The first being today’s global pandemic, the novel Coronavirus (COVID-19) which has infected, to date, hundreds of thousands and killed thousands.

The scientific term, “zoonotic diseases”, means that these conditions originated in the animal kingdom. The H1N1 virus from 1918 which killed 50 million people, globally links back to a Kansas chicken farm. The same strain again in 2009 originated in pigs and caused a near pandemic level in both the United States and Mexico.  Both Ebola and HIV originated in chimpanzees and gorillas and transferred to humans.

I cannot say if the world was vegan, there would be no diseases because that is simply not the case. However, with the conditions that the animals are living in, there is an increased chance of new diseases that can negatively affect humans’ that consume the meat. Consumer Reports found that two-thirds of factory-farmed chicken meat that was tested was infected with salmonella, campylobacter, or even both. The intense crowding of the enclosures along with the confinement and limited cleaning of the areas can lead to outbreaks of disease. In addition, factory farms lead to billions of tons of litter are the leading source of nitrogen and phosphorus pollution in several areas throughout the world.

In December 2019, the US Department of Agriculture’s Food Safety and Inspection Service (FSIS) released updated guidelines for labeling including “free-range”, “grass-fed”, “humanely raised”, and “pasture-raised”. According to ASPCA, the new FSIS guidelines continue to mislead consumers via loosely defined claims. The labeling guidelines enforced by FSIS are done on a case-by-case basis and are primarily verified by affidavits submitted by chicken producers without being checked for authenticity and truth by the FSIS. To put it simply, the producers can continue to basically do what they please until Congress introduces and passes legislation that demands more transparency and definition in labeling.

Chickens are not protected by the Animal Welfare Act and therefore, many companies have been getting away with numerous unsavory practices because the producer groups are not regularly audited. Believe it or not, grocery chains including Whole Foods are responsible for some of the worst offenses. Their labels state that the chicken they sell has gone through a 5-step humane practice, when, in fact, DxE (Direct Action Everywhere) has uncovered numerous instances of labeling fraud. DxE is presently suing organizations including Whole Foods.

If you still choose to eat chicken, you do have the power to make more humane buying decisions. Following is a breakdown of commonly found labels.

Please look for the labels with the red checkmark! 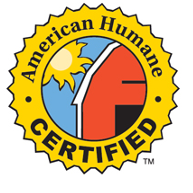 American Humane Certified – PLEASE NOTE THIS IS NOT THE SAME AS CERTIFIED HUMANE FREE-RANGE Chicken. Outdoor space is NOT required. Although this label does allow more space than other factory farms and has standards that extend to breeding, transport, and slaughter the compliance is verified by auditors and only 85% of the non-essential standards met will still pass inspection. 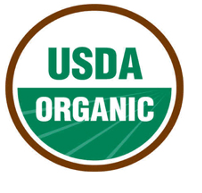 USDA Organic – Even though this label requires outdoor access – size, duration, and quality are not defined and extremely variable.

Another thing to keep in mind is even though there are numerous labels touting the chicken is free-range, there is a ton of leeway. The USDA’s certification can be interpreted and varies tremendously from farm to farm. One farmer can simply put a small door at the end of the barn with access to a small patch of dirt and still be able to use the free-range label. This industry is greatly unregulated and numerous farmers take full advantage. Look for a label that uses the word “Pastured “as it generally represents chickens that have a better quality of life and more access to the outside. 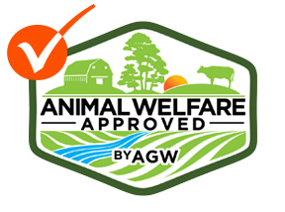 Animal Welfare Approved which allows chickens to access pastures or ranges, continuously. Growers are not allowed to confine chickens to cages, inject with hormones or subtherapeutic (preventative or growth-promoting) antibiotics. This label also increases the standards through every aspect of the process including breeding, transporting and slaughtering the chicken. 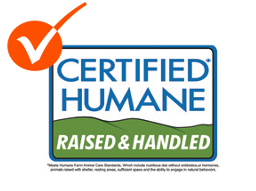 Certified Humane, Raised & Handled: This label applies for chickens only when accompanied by the words “Free-Range” or Pasture on the packaging. The free-range chickens are allowed more space, a minimum of 2 square feet of outdoor space that contains vegetation and a minimum of 6 hours per day, weather permitting.  Pasture-raised chicken are allowed up to 108 square feet of outdoor space and are allowed to spend most of their day outdoors. Additionally, this label means that hormones and subtherapeutic (preventative or growth-promoting) antibiotics are prohibited. There is still a long way to go but Certified Humane does audit every farm however, they do not audit their producer groups. This label does represent steps in the right direction and offers a vast improvement over today’s factory farms. 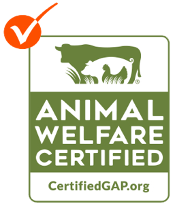 Animal Welfare Certified Global Animal Partnership (GAP) – This is a six-level rating system and the higher the number, the higher the welfare for animals. For example, Level 1 still allows chickens to be kept fully indoors or on feedlots with minimum space allowance.

Level 2 – Indoor environmental enrichment required. Level 3 – Outdoor access required but it does not have to be a pasture. Level 4 – Access to pasture required. Level 5 feedlots prohibited. Level 5+ – animals must spend their entire lives on one farm. Transport to another location is prohibited.

There are other labels on packaging but do not bear the red check-marked certifications like the ones highlighted above. Although these are still somewhat better than traditional factory farming methods, they are not as humane as Animal Welfare Approved, Certified Humane, Raised & Handled and Animal Welfare Certified Global Animal Partnership. 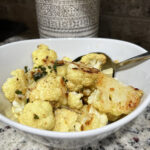 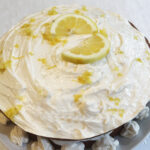