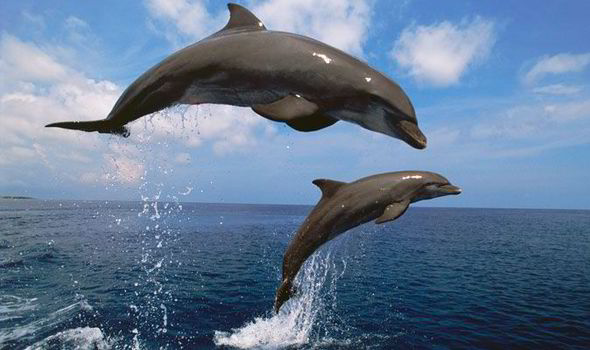 Dolphins Are Dying to Please You

I remember attending a conference about a decade ago and I was seated next to a representative from The Humane Society. There was a raffle and out of several thousand people her number was selected to receive an all-expense paid, first class vacation for 2 to a resort in the Caribbean. WOW! Seated so close to me was the winner of this amazing gift package worth several thousand dollars! Lucky her!

While I was leaning over to congratulate her, she was leaving her seat to approach the stage, to which I thought accept her prize. However, when she reached the podium and began to say her obligatory thank yous, she went on to say that… 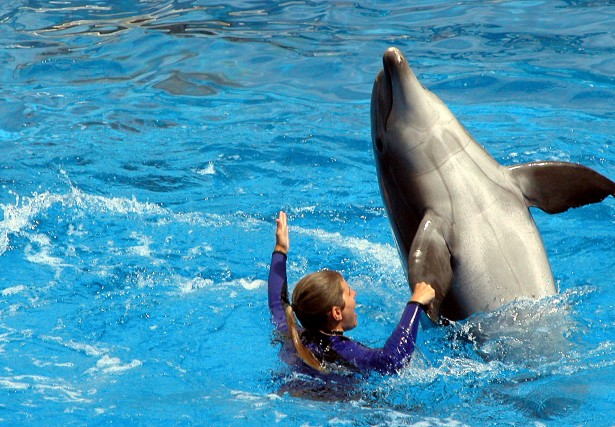 “as much as she appreciated winning she could not accept the gift because one of the highlights of the resort was swimming with captive dolphins and she could not, in good conscience, accept it.”

My first reaction was…

C’mon, you are going to give up this amazing getaway, fit for the likes of the upper one percent, because of swimming with the dolphins? What about Flipper? Humans swam with him!

Oh how ignorant I was at the time and how I have, thankfully, evolved when it comes to how we treat animals. I now realize the short and long term negative effects caused by our lack of knowledge or, worst case, selfishness.

Let me put it this way…Cetaceans (dolphins, porpoises and whales) simply do not belong in captivity. Years of research points out, dolphins have large brains when compared to the size of their body. In addition they have a distinctive pattern in the cerebral cortex that is associated with the ability to process information more complexly. They are also more human-like with a certain class of neurons that are relevant in social cognitive thinking and emotions. 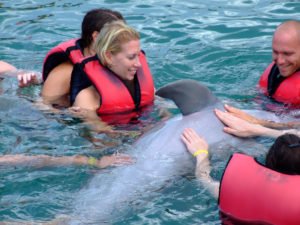 They were born to roam. In the ocean, a dolphin can travel up to 100 miles per day but in a small tank, that freedom is not remotely possible. The government regulations state that dolphins held in captivity need to have tanks that are at least 9 feet deep and that there should be no more than a 3 to 1 ratio between humans and a dolphin. In addition, the entire amount a day that a dolphin should be swimming with humans is limited to no more than two hours a day. However, these regulations are not enforced. Take a look any of the pictures advertising swimming with dolphin programs and let me know if a human being can stand feet down in the pool with half of his/her body above water. How could that tank be 9’ deep? 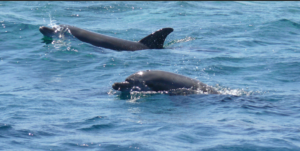 They love their moms! Dolphins oftentimes have such a strong attachment with their mothers they spend the next two years traveling side-by-side.

Oh, but they must be enjoying it, look, they are smiling. NOTE: Dolphins have that same look on their face when they are sick, sad, or even dead.

So you have possibly bought into the research argument? Really? In this day and age we do not need to study these animals anywhere other than in their natural environment. The fake settings they are forced into for the name of research is not an efficient way to study dolphins, or any other animals for that matter, because they are under duress. 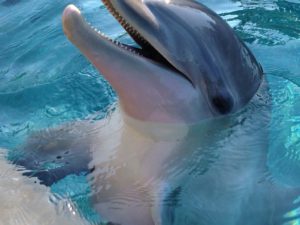 Dolphins in the wild usually live to be 50 years+ but in captivity 80% will die before they even reach 20 years.

If you want to see a dolphin in action, try booking an ocean excursion with a reputable organization that has the cetacean’s best interest at heart. You will be able to experience a much more realistic picture as to how dolphin’s live by experiencing them where they were meant to live.

The most important step you can take is to not support any theme park/experience/aquarium that holds dolphins in captivity. Keeping them there is just not a natural thing to do.

In closing, you can help. Simply follow these links to let your voice be heard and hopefully make a difference for these beautiful creatures from our oceans.

Sign up here to help be a part of stopping cruel dolphin hunts where hundreds of innocent dolphins are killed, torn apart from their families and transported to marine parks around the world for entertainment purposes.

There is also a proposal being put forth by Federal Regulators banning swimming with dolphins in Hawaii. You can let your voice be heard by tweeting the info found in this link along with your comments. 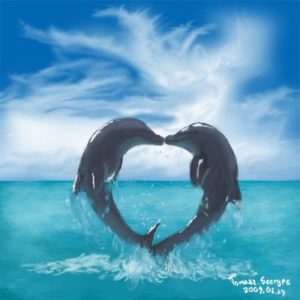 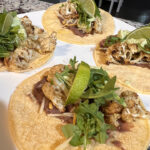 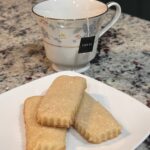 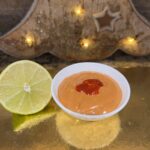 Thank You Very much. I believe it reads 3 to 3 1/2 cups of flour. I appreciate you reaching out.Roxanne HollandTuesday November 15th, 2022
the recipe for 90 cookies says 33 1/2 cup flour - should that be 3 1/2?MicheleTuesday November 15th, 2022
Thrilled to hear you like this recipe! They are my grandson's absolute favorite!Roxanne HollandThursday June 30th, 2022
The cookies are great on their own, but the tangy sweet glaze really takes it over the top! So tasty! Whether one is a vegan or not they will love t...JBThursday June 30th, 2022
I am so sorry, I am just seeing this. The consistency should be the same as chocolate chip cookie dough. You can add up to 3.5 cups but the more you a...Roxanne HollandThursday December 16th, 2021
It says 2 1/2 to 3 cups for flour. What consistency am I looking for in the dough to know how much more I should add?MelanieSaturday November 13th, 2021
Hi Joe, terribly sorry. You should add the flour after the almond paste.Roxanne HollandFriday April 02nd, 2021
Flour is one of your ingredients. Does it get added to the recipe at any time? You don’t mention what to do with the flour.JoeMonday March 29th, 2021
Thanks so much beautiful lady! I am happy to help. I literally have over 100+ recipes more, just waiting to be posted. XOXORoxanne HollandMonday October 26th, 2020
Hi Roxanne! I'm printing recipes from your website to make this week! Thank you for sharing these :-) They are so yummy and it's been helpfu...Mary Jo ThorsonMonday October 26th, 2020